After graduating from the University of Rochester, Dick joined IBM where he gained valuable experience helping manufacturing companies utilize the computer.

Dick’s interest in manufacturing applications led him to Arista Information Systems in North Carolina where he implemented MRP systems for companies such as Ingersoll Rand and Warner & Swasey in the early seventies. He and his staff developed MRP software with the first Master Scheduling capability in the industry. This software also had the first planning bill capability.

Ollie Wight recognized what Dick was accomplishing at Arista and he asked him to conduct “Hands on MRP” class for the Oliver Wight companies in 1974. Dick ran that class with Walt Goddard and in later years with Al Stevens and John Sari.

Ollie decided to expand his education offering and asked a number of people to join him to conduct education classes and consult with clients. Dick became an Education Associate in 1979 and worked with the Oliver Wight organization until 1992. He conducted classes in the US, the UK and Australia helping to grow the business and groom other instructors. Dick’s specialty was the Master Scheduling class which he authored.

Ollie Wight passed away in 1983 with cancer and Dick was tapped to be a teacher in the Top Management class. Dick was teaching a class in Chicago when he got some valuable feedback from a General Manager who was in attendance. He said “Dick, I don’t get it. You say that sales and marketing, finance, operations and engineering, need to be involved in aggregate planning which you call Production Planning. Why do you call It Production Planning”?

In 1987, he co-authored the Book Orchestrating Success which was the first book about Sales and Operations Planning.

Dick began collaborating with Andy Coldrick, who had joined Oliver Wight in 1986.That collaboration lasted 28 years until Andy’s death in 2014. They worked together at Oliver Wight, and as a duo in Ling-Coldrick from 1006 till 2014.  In 2009 they self-published “Breakthrough S&OP, An Assessment Guide”.

In 2011, Carol Ptak and Chad Smith were updating Olick’s MRP book and they asked Andy and Dick to write a chapter on S&OP. They were very glad to do that.

In 2016, Carol Ptak asked Dick to co-author a chapter in her new book that she coauthored with Chad Smith

Dick is very excited about the synergy between him and The Demand Driven Institute. You can access the press release on this website.

In addition to Education and consulting with numerous clients, Dick has been a prolific speaker at APICS events. He spoke at 27 straight international conferences and over 500 APICS events. In 2000, APICS presented Dick with a lifetime achievement award for his contributions to APICS.

He is returning to APICS at the 2016 International Conference in Washington, DC. He is speaking with Carol Ptak. Their speech is entitled “Discover Demand Driven Sales and Operations Planning”

Dick and his Wife, Natalie, live in North Carolina. They have three children and 5 grandchildren 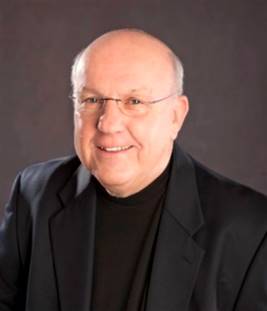